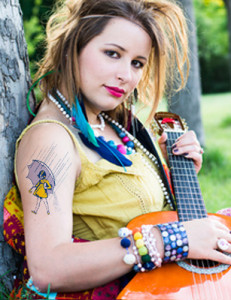 I spent an hour with my counselor this afternoon which can only be described as a crying frenzy about an unexpected catharsis concerning my childhood trauma. Afterwards I felt cleansed, as if I had been baptized, completed a yoga weekend with Deepak Chopra, or visited St. Tropez for a weeklong spiritual cleanse.

After the session ended, I needed to refuel, but didn’t feel like cooking. My consort suggested we try Flower Child, a new restaurant created by Sam Fox who felt that none of his other 14 eateries fit the concept of healthy, fast, and casual. Sorry to break the news Sam, but that void still exists.

We walked into the Child and noticed a crowd of ‘foodie wannabees.’ If I didn’t know better, I would have thought I entered THE HENRY by mistake. The establishment appeared modern and clean, similar to the generic feel of CULVERS, another fast food diner, but something crucial seemed to be missing at Flower Child—real people. Yes, this is another Fox place where like people gather. Gazing around at the patrons, I noticed there wasn’t any age range. Everyone seemed to be a blank-faced millennial, feeling like they were dining in style, when in reality they were at an upscale McDonalds.

A station near the front door allows you to peruse the menu and order salads, vegetables, grain plates, wraps, or bowls. It’s like a ‘do it yourself’ project. I asked the question “Is your chicken organic?” I received this answer. “It’s natural and that’s the same thing.” We all know that natural is meaningless and organic is meaningful. I wondered why these employees aren’t knowledgeable about health. Isn’t that a major part of this venture?

We ordered the Flying Avocado wrap with grilled chicken, smoked Gouda, romaine, tomato, and avocado hummus (guacamole). I asked the cashier to hold the tomatoes because of my consort’s severe anaphylactic allergy to this fruit—or is it a vegetable. It’s actually the fruit of the tomato plant. I finished our order with a side of red chili glazed sweet potato and an organic tofu and mushroom pho. We were handed a sign with the number 26 to place at our table while waiting for our food.

The Flying Avocado wrap came chock full of cubed tomatoes, which were sent back for obvious reasons. I took a bite of the sweet potato side dish that looked appetizing, especially after rejecting my main course. What I tasted was a yam smothered in an overly salty sauce. At that point, I lost it and told the manager what had occurred. She asked if we wanted to substitute and I declined.

The Pho, according to my consort was edible. He called it “white boy Pho” because it had no ethic zing. It’s served with a plate of condiments, large branches of Thai basil, bean sprouts (6) (I know because I ate all six of them) and four jalapeno peppers.

We left hungry and disappointed. At home, we cooked salmon patties on the grill. Not farmed / sustainable salmon, like Fox serves, but the real thing. I whipped up an organic potato salad side and we feasted like royalty.

I don’t recommend this restaurant to people who desire healthy, delicious, creative food. Unfortunately if you’re after a place that delivers on things like taste and affordability—keep looking. Perhaps in future endeavors, Fox should think more about fulfilling his customers’ needs than filling a void with fluff.

FYI: Their menu features Gluton Lite, whatever that means and Local Produce. Does that mean they buy their greens at Fry’s? Also note: whole grain wraps are offered as one of the main healthy entrées. Doesn’t Fox know that whole-grain foods are not always healthy?