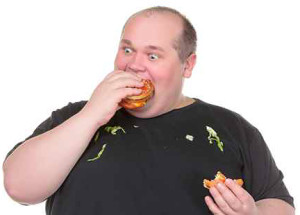 This is a restaurant for obese people. I came to that conclusion by watching the customers waddle in and out while waiting for my takeout order. The portions are generous, sandwiches piled three inches high, but the quality of the food is not worth your health or time.

We were on our way back to Phoenix from San Diego when we decided to call in an order for two sandwiches, a cup of matzo ball soup, and some cookies. I won’t bore you with the specifics, but there were numerous errors, including no utensils, napkins, mayo, or mustard. Halfway through our trip, I ate a dry brisket sandwich on white bread (instead of sourdough) no cheese, which I had ordered. My consort ate a corned beef without the Russian dressing he requested. The matzo ball soup had no flavor, nor chicken broth, but it did contain stringy bland noodles and giant uncooked carrots to crunch. My hamantaschen cookie was thrown in a thin paper bag under a loaf of bread and box of pastries. I found only crumbs an hour later. When I called to ask what happened to our order, the deli gal, Laura, said, “I thought I packed everything. I might have mixed up your order with someone else’s.”

The next afternoon I phoned and relayed my saga to the owner, Steve. His response, according to Alma, a deli waitress acting as our liaison, was the following: “My policy is to ignore complaints about takeout unless the food is brought back to the restaurant.”

Difficult to do when one is on the road back to Phoenix. I expected an apologetic phone call, or some type of explanation for the mix-up, but instead I heard this from Alma, “We are definitely going to retrain everyone in the deli about takeout service.”

This place is a joke: terrible service, bad management, tasteless food, and an owner who apparently just takes in the money and doesn’t care about his patrons.

FYI: If you are someone seeking a large unhealthy caloric intake and sandwiches built like skyscrapers with fatty foods, you might like what DZ AKINS has to offer. My advice is don’t pay for your takeout order AND tip the waitress without first checking what’s inside the bags. Make them accountable for their service.