Translation: a win for Fox 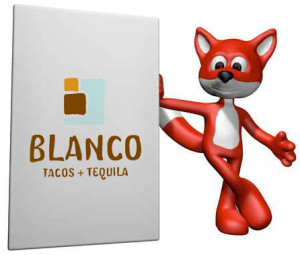 Oh my God, finally a FOX winner in Phoenix. My consort and I tend to avoid Fox restaurants due to negative experiences. Their restaurants are usually located in upscale neighborhoods, focusing more on modern interior design and ambiance, and crowded with wannabe foodies and the tragically trendy crowd. Most disappointing is the lack of taste and a cuisine deficiency.

We visited the taqueria for a casual weeknight dinner. We were drenched walking toward the entrance of the restaurant from a ‘mister monsoon’ located in the alfresco patio. These misters were like foggy nor’easter, not the usual drizzle effect. I know because my hair, a barometer of humidity, became frizzy within two minutes.

For starters, we ordered the guacamole, chips, and Mexican street corn, a blend of roasted corn relish hand-cut off the cob and a bowl of corny delight. The magic show began with a bowl of chips disappearing soon after the mashed avocado appeared with a touch of tomato, roasted chili, caramelized onion, and a sprinkling of cojita cheese.

Our tag team servers included a pro and a first night trainee, both attentive and full of personality. We chose a classic Greyhound with a twist to accompany our starters—their version included a grapefruit infused Vodka served in an eight ounce glass rather than a 16 ounce, which would have been preferred. The drink, tart and tasty, left one wanting the missing eight ounces.

My consort ordered a nontraditional enchilada served hot in a cast iron pan with a cheesy red sauce poured over flat corn tortillas instead of the usual roll-ups. Side dishes of pinto beans and buttered rice complimented the dish. I selected the grilled fish tacos on corn tortillas with avocado and a house-made Pico. The perfectly pleasing fillets, flaky and flavorful, rested on three mini tortillas. After a squirt of lime, I devoured the trio.

Satisfying our hunger, we had no room for the sopapillas and honey or the brown sugar flan which we’ve sampled in the past. Instead we sat and chatted with Matt Runkle, assistant manager, who told us his theory of running a successful restaurant, “My goal is to please the customer and leave my ego at the door.” He went on to say, “I might be a certain type of person outside of the restaurant, but when I’m managing, it’s all about the patrons.”

Lucky Sam Fox to have a manager like Matt running the show. Finally, a winner for el Zorro.